April 2019 – Mortgage Payments Drop $50 per Month on a Median Priced Home Listings Under Contract Up 19% in 5 Weeks! 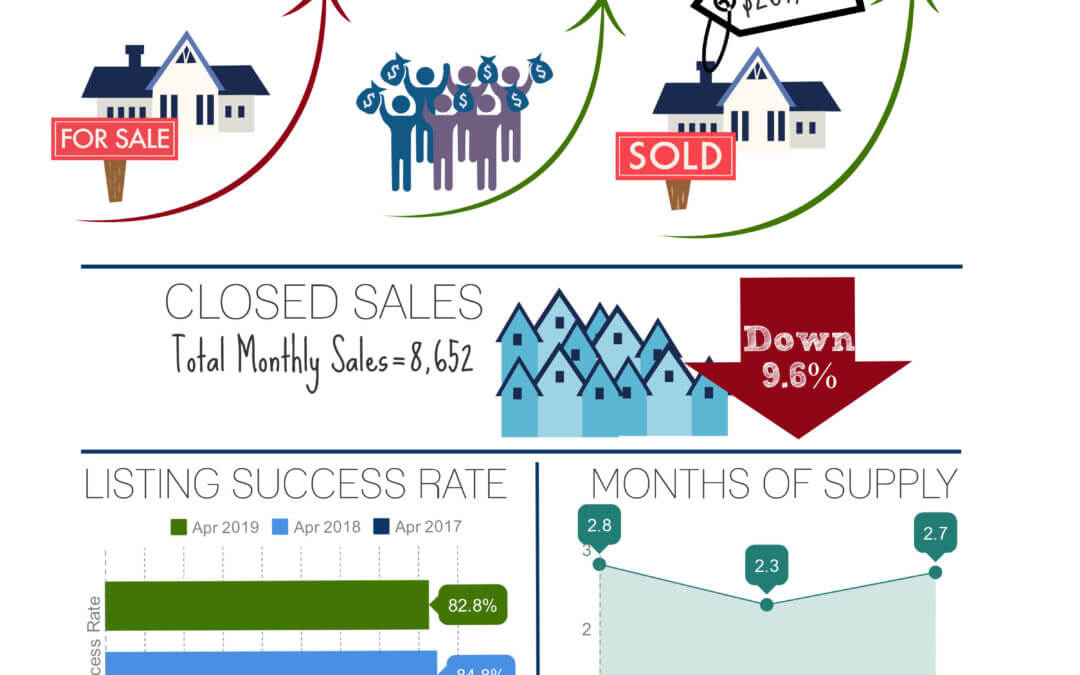 For Buyers:
Buyers got a break last month as 30-year mortgage rates dropped significantly from an average of 4.41% to 4.08%, which is the lowest they have been since January 2018.  On a $267,000 home (the median sales price in Greater Phoenix) the drop equated to nearly $50 per month in savings on principal and interest, which was enough to get many buyers off the couch and looking for homes.  This rate drop combined with an increased conventional loan limit up to $484K and a 32% increase in weekly seller price reductions meant that price ranges between $200K all the way up to $800K saw a combined 19% increase in contracts written over the last 5 weeks.  Contract activity is expected to increase at this time of year anyway due to seasonality, but last year over the same 5 weeks it only increased 8.6%.  For buyers who are still waiting for prices to begin declining, their wait just got longer.

For Sellers:
The drop in mortgage rates could not have come at a better time for sellers.  Up until 6 weeks ago the negotiating advantage sellers have been enjoying for years in Greater Phoenix had weakened to the point where the market was on track to enter balance within a matter of months and price appreciation would have begun to slow even more.  However by April 4th the average 30-year mortgage rate (as reported by Freddie Mac) had dropped to a 15-month low.  This spurred buyer activity and resulted in Listings Under Contract, which were 10.2% below 2018 last month, to sharply increase and surpass 2018’s April count by 0.8%.  Currently sales volume is down 9.6% from last April, however when these contracts close escrow over the next 4-6 weeks May and June should fare much better.  Don’t get too excited though, the seller market is still much weaker than last year.  Affordability and demand were helped by this interest rate drop but could quickly be negated as prices continue to rise.  Sellers still need to be mindful of their asking price to get under contract before buyer activity seasonally begins to decline between May and the end of the year.